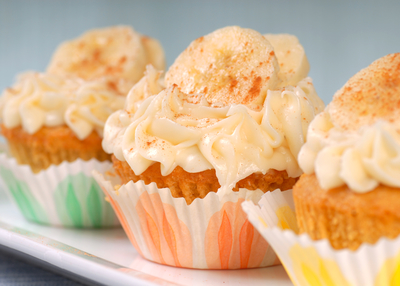 I’m pretty accepting of the fact that I can’t eat gluten-containing foods without suffering the consequences. I know that it will irk some people and result in dubious looks from others. I know that when restaurants charge more for gluten-free sandwiches it’s because gluten-free bread costs them more than regular bread, and I am happy about the fact that they offer it at all rather than grumpy about the extra cost. (The difference in price is tax-deductible anyway.)

It frightens me sometimes in restaurants when I have to explain what I can’t eat and why, because I don’t trust that the crash course I gave the waiter was sufficient and that my food won’t be cross-contaminated. But I don’t get annoyed when someone doesn’t know what celiac disease is if they listen to what I tell them.

For some reason, though, I’m still surprised when someone in the food service industry gets it completely wrong. I mean, gluten is a pretty hot topic right now. I can’t imagine how someone who works in a restaurant has been so thoroughly sheltered from all gluten-related talk. Apparently, it’s possible.

Here’s what happened to me recently at a restaurant. While the waiter rattled off the list of available desserts, I mentally checked the ones that were usually gluten-free. Crème brûlée without the cookie, ice cream, sorbet. Great! Three options. Knowing that there were two gluten-free customers at the table, the waiter told us that none of the desserts were gluten-free. Not surprising. Desserts in restaurants like that usually weren’t unless they were somehow modified — like crème brûlée without the cookie — and often the desserts were pre-made and unmodifiable. So, after the rest of the table had ordered dessert, my gluten-free comrade and I ordered ice cream.

“None of our desserts are gluten-free,” the waiter replied.
“Not even the ice cream?” It was possible, though rare, that the ice cream did have some sort of gluten hiding in it. But when the waiter clarified, I knew it didn’t.
“None of our desserts are gluten-free. They all have something — eggs, dairy — something.”
“But I can’t have wheat,” I said, not bothering to elaborate since I knew it wouldn’t matter.
“Nope. We’ve been through this before here. They all have something. We don’t want you to get sick or anything.”

Hmm. Then maybe learn about what I actually can’t eat. I realized that we gluten-free customers had been lumped together in a big glom of allergies and exiled to a dessertless land. Nuts, dairy, eggs, wheat — there was no distinction. Even if I wanted to get on the train to wheatless land, tottering along the tracks with a big bowl of ice cream and wet walnuts, I had to go to wheateggsnutsdairyless land instead. It didn’t matter that the ice cream was actually gluten-free, because somewhere, someone couldn’t have dairy, and the ice cream was placed on the “allergenic” list.

(Interesting, because if they were really concerned with all allergies, and didn’t serve dishes that contained any allergens to anyone with any type of allergy, then why had there had been sesame seeds garnishing my rice? Seed allergy nightmare. And surely someone with a corn allergy couldn’t eat everything I had ordered. How about shellfish?)

If a dish were unservable to someone with a single food allergy or intolerance because someone, somewhere is allergic to something else in it, there would be nothing left to serve. I can’t eat wheat; I can have dairy, eggs, and nuts. Some other people can eat wheat and can’t have dairy. It kind of comes along with us not being clones of each other.

Simply because there are many allergies does not mean that it’s safe to lump them together and regard them with no distinction. Different allergies require different care and attention to detail. If a server simplifies and dilutes food allergies and intolerances to just the big headlines — Wheat, Dairy, Nuts, Eggs — and that server doesn’t know/care that a wheat allergy doesn’t equal a dairy allergy, can I trust that server to know/care that gluten is in more than just wheat?